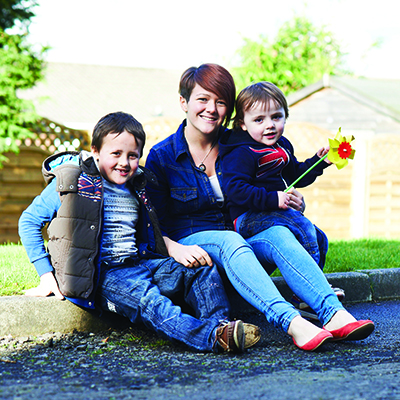 Shooting for the Stars

Jack* is 8 years old and lives with his mum, dad and younger brother.

His passion is football and he says he wants to be a professional footballer one day. He has a bowel condition which requires medication, dietary restrictions and regular hospital visits.

His parents were concerned that Jack was really struggling to deal with his medical condition. Not so much the symptoms but with the reasons why he was dealt that card.

Jack’s behaviour had recently become erratic, with angry and violent outbursts which were completely out of character. He was then ignoring his symptoms, refusing to take his medication and getting trapped in a vicious circle.

Jack completed all 5 Mind Moose units during 12 weeks of support using both Zoom and face to face sessions in school. He was initially reluctant to engage in support, however over time, he built a trusting relationship with his practitioner.Initially Mind Moose learning was related to the ‘safer’ territory of football, but over time he became more confident in applying it to his hidden illness.

Jack found the Emotions unit helpful in learning how to deal with his anger and the Kindness unit helped him start to believe in himself in spite of his illness, by telling himself ‘you can do it’. The Resilience unit helped him see how his hidden illness was teaching him the value of perseverance. Jack then explored the idea of the resilience of one of his sporting role models, an England cricketer, who has had to learn how to manage his own hidden illness and overcome many other obstacles on his path to a successful career.

Feedback from Jack, his parents and a teacher:

At the closure of support Jack could acknowledge that he was resilient and could believe in himself, saying that ‘just because you’re different, it doesn’t mean you can’t do it’. His parents said they felt that the programme had enabled Jack to understand that his feelings towards his condition are normal but that now he has strategies and tactics to deal with them. They have seen a huge improvement in his whole outlook regarding his condition, he is taking his medicine regularly and with ease.

Jack’s teacher said he’s become more accepting of his condition and is remembering his medication. This means there are fewer accidents in school and so Jack has become much happier and more emotionally balanced.

You can find out more about which cookies we are using or switch them off in settings.

This website uses cookies so that we can provide you with the best user experience possible. Cookie information is stored in your browser and performs functions such as recognising you when you return to our website and helping our team to understand which sections of the website you find most interesting and useful.

Strictly Necessary Cookie should be enabled at all times so that we can save your preferences for cookie settings.

If you disable this cookie, we will not be able to save your preferences. This means that every time you visit this website you will need to enable or disable cookies again.

This website uses Google Analytics to collect anonymous information such as the number of visitors to the site, and the most popular pages.

Please enable Strictly Necessary Cookies first so that we can save your preferences!